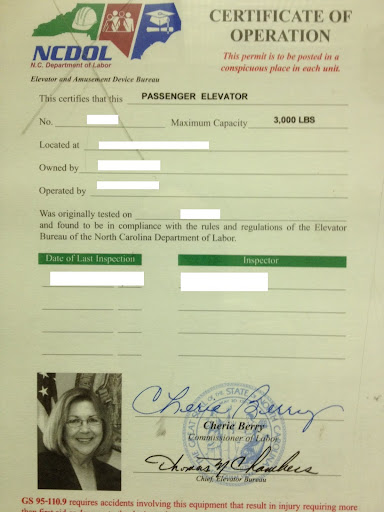 If Charles Meeker has his way, then come 2017 you’ll be seeing his face in every elevator. The former mayor of Raleigh is challenging incumbent Republican Cherie Berry for the office of Labor Commissioner. This could be Berry’s toughest challenge to date.

What are Meeker’s chances? In large part they rest on the strength of the Democratic ticket in North Carolina, particularly for governor. Meeker will benefit from name recognition in the Raleigh area and is still a popular figure from his mayoral years. He should be a strong fundraiser. This should at least make it difficult for Berry to win Wake County again, as she did in 2012.

Supporters of Meeker say that Berry’s been in office too long and hasn’t protected workers adequately. But her length of service and popularity will make her tough to beat. The last time PPP polled on her, she had a 26/15 favorable rating, not bad name recognition for someone on the Council of State. (Her Twitter parody account, on the other hand, had a 7/9 favorability.)

In a nutshell, most North Carolinians know Berry as the smiling lady in the elevator with the fun name. (It’s not pronounced ‘cherry’ and doesn’t rhyme with berry, but the misconception probably works to her benefit.) To beat her next year, Democrats need to start making the case for why the Elevator Queen needs to be dethroned. It’s not a sure thing by any means but at least a nominee like Meeker will make it possible for them to do so.